Sports in the Rough Bounds

In 2014 the Commonwealth Games will take place in Scotland for the first time since 1986. To mark the event, at Mallaig Heritage Centre we want to celebrate the variety of sporting activity that has taken place in West Lochaber over the past 100 years, from the sailing regattas of 1911 to kayaking in the 21st century, Highland Games events on the Camera Field in Morar to School Sports Days on Mallaig's all-weather football pitch.

Some activities have been more-or-less continuous: football matches still take place today on the modern pitches in Mallaig and Morar, but in the 1960s and 70s there were several local teams and a busy local league, playing on rough pitches at Mallaig and Arisaig. Other sports were once extremely popular but are now neglected: from the 1920s to the 1980s badminton was extremely popular and competitions played in the old Morar Village Hall and the Mallaig Railway Hall drew large numbers of participants. Other activities, like curling or skating, were the results of unusual weather conditions or the presence of enthusiasts in the community at a particular time.

The opening of the Mallaig and District Swimming Pool in 1993 brought gymnasium facilities as well as indoor swimming facilities and while its arrival coincided with a decline in participation in some long-standing activities, over the years its staff introduced and promoted many new ones, such as karate, Thai-boxing and running.

What do we want to do?

The 2014 Sports Exhibition will attempt to document as fully as possible the variety of sporting activities and events which have taken place in the area over the past century. To do this we need your help and contributions. Photographs and documents can be be easily scanned at the Heritage Centre and returned to you. If you have any interesting items which are relevant, like trophies, programmes, posters, tickets or equipment, we would like to borrow them until October 2014, when they will be returned to you. We would also like to have your memories, either in written or spoken form. Tell us of sporting events that you remember, especially ones that we may not be aware of. Remind us how some facilities have changed beyond recognition, or recall others that have now disappeared.

Sports in the Rough Bounds will be on display at the Heritage Centre between April and August 2014 and will also appear at a selection of sporting events, including Mallaig High School Sports Day, Arisaig Highland Games and Mallaig & Morar Highland Games. 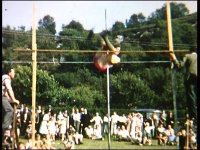 Highland games at Morar in 1957 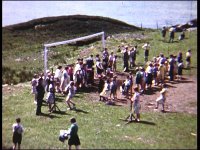 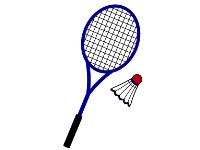